What Language will Aliens Use to Communicate with Humans?

Class Bias with a Few Seconds of Speech

Candidates at job interviews expect to be evaluated on their experience, conduct, and ideas, but a new study by Yale researchers provides evidence that interviewees are judged based on their social status seconds after they start to speak.

The study, to be published in the Proceedings of the National Academy of Sciences, demonstrates that people can accurately assess a stranger’s socioeconomic position—defined by their income, education, and occupation status—based on brief speech patterns and shows that these snap perceptions influence hiring managers in ways that favor job applicants from higher social classes.

Our study shows that even during the briefest interactions, a person’s speech patterns shape the way people perceive them, including assessing their competence and fitness for a job,” said Michael Kraus, assistant professor of organizational behavior at the Yale School of Management. “While most hiring managers would deny that a job candidate’s social class matters, in reality, the socioeconomic position of an applicant or their parents is being assessed within the first seconds they speak—a circumstance that limits economic mobility and perpetuates inequality.”

The researchers based their findings on five separate studies. The first four examined the extent that people accurately perceive social class based on a few seconds of speech. They found that reciting seven random words is sufficient to allow people to discern the speaker’s social class with above-chance accuracy.

The researchers also showed that pronunciation cues in an individual’s speech communicate their social status more accurately than the content of their speech. 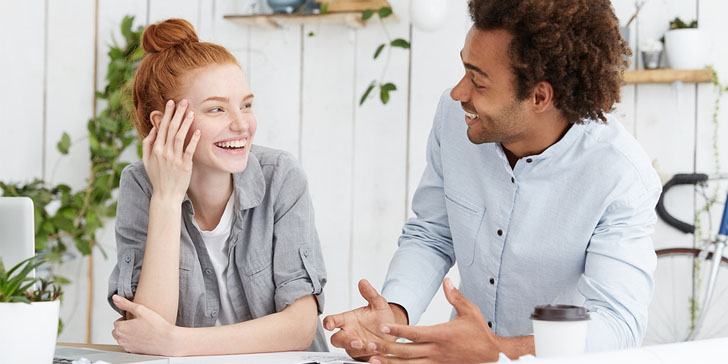 Adobe has demonstrated tech that lets you edit recorded speech so that you can alter what that person said or create an entirely new sentence from their voice. It seems inevitable that it will eventually be referred to as “photoshop but for audio.”

The tech, dubbed VoCo (voice conversion), presents the user with a text box. Initially the text box shows the spoken content of the audio clip. You can then move the words around, delete fragments, or type in entirely new words. When you type in a new word, there’s a small pause while the word is constructed—then you can press play and listen to the new clip.

VoCo works by ingesting a large amount of voice data (about 20 minutes right now, but that’ll be improved), breaking it down into phonemes (each of the distinct sounds that make up a spoken language), and then attempting to create a voice model of the speaker—presumably stuff like cadence, stresses, quirks, etc., but Adobe hasn’t provided much detail yet.

Then, when you edit someone’s speech, VoCo either finds that word somewhere within the 20-minute clip—or if the word hasn’t been uttered, it is constructed out of raw phonemes. At around the 4:30 mark in the video you can hear the phase “three times” being constructed from scratch; if you listen carefully, it does sound a bit synthetic, but it’s not awful. Copying and pasting existing words sounds better.

Computational linguistics has dramatically changed the way researchers study and understand language. The ability to number-crunch huge amounts of words for the first time has led to entirely new ways of thinking about words and their relationship to one another.

This number-crunching shows exactly how often a word appears close to other words, an important factor in how they are used. So the word Olympics might appear close to words like running, jumping, and throwing but less often next to words like electron or stegosaurus.  This set of relationships can be thought of as a multidimensional vector that describes how the word Olympics is used within a language, which itself can be thought of as a vector space.

And therein lies this massive change. This new approach allows languages to be treated like vector spaces with precise mathematical properties. Now the study of language is becoming a problem of vector space mathematics.

Today, Timothy Baldwin at the University of Melbourne in Australia and a few pals explore one of the curious mathematical properties of this vector space: that adding and subtracting vectors produces another vector in the same space.

… a vector relationship that appear in English generally also works in Spanish, German, Vietnamese, and indeed all languages.

A Tom Swifty (or Tom Swiftie) is a phrase in which a quoted sentence is linked by a pun to the manner in which it is attributed. 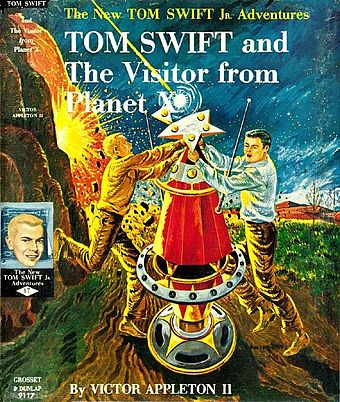