Having sex may be one way older adults can feel better and enjoy life more, suggests a new paper published in the journal Sexual Medicine.

Adults who were sexually active tended to have higher total quality of life scores in general, as did those who reported feeling close to their partner. Sexually active men had average life enjoyment scores of 9.75, while those who were not sexually active had average scores around 9.44; for women, those ratings were 9.86 versus 9.67. These differences were small, but statistically significant enough to suggest an association.

the findings suggest that sexual activity of any sort is important for older adults, perhaps because of its ability to produce endorphins and foster feelings of emotional closeness 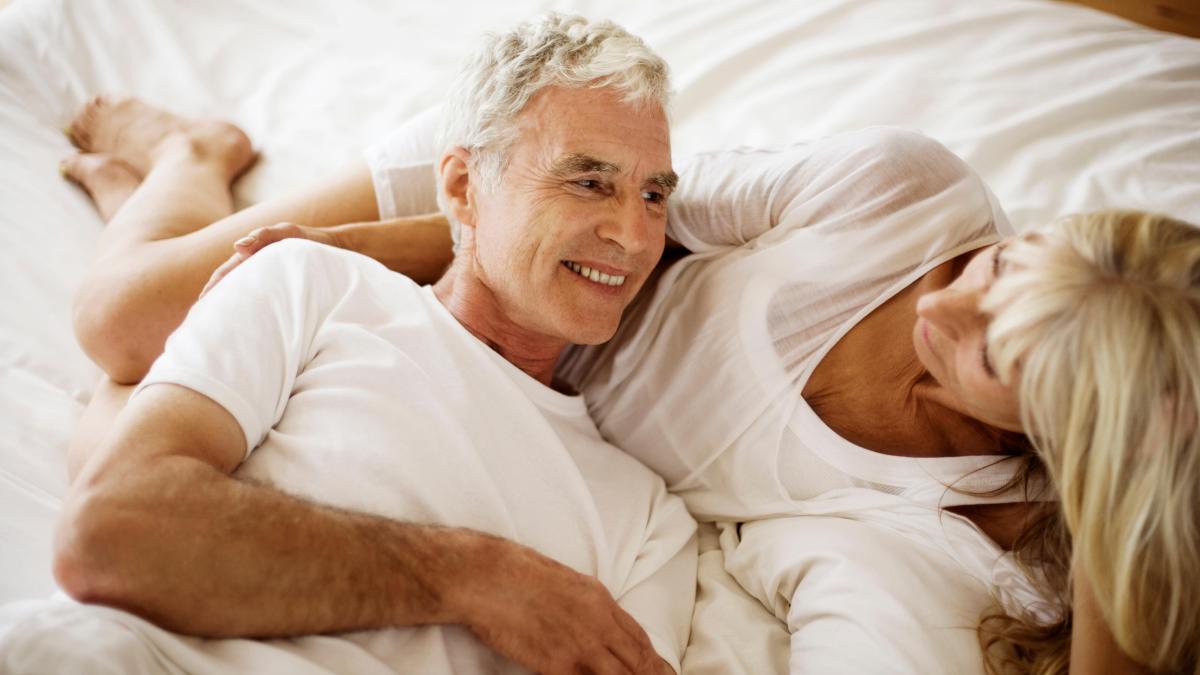 Noether divined a link between two important concepts in physics: conservation laws and symmetries. A conservation law — conservation of energy, for example — states that a particular quantity must remain constant. No matter how hard we try, energy can’t be created or destroyed. The certainty of energy conservation helps physicists solve many problems, from calculating the speed of a ball rolling down a hill to understanding the processes of nuclear fusion.

Symmetries describe changes that can be made without altering how an object looks or acts. A sphere is perfectly symmetric: Rotate it any direction and it appears the same. Likewise, symmetries pervade the laws of physics: Equations don’t change in different places in time or space.

Conservation of energy is tied to the fact that physics is the same today as it was yesterday. Likewise, conservation of momentum, the theorem says, is associated with the fact that physics is the same here as it is anywhere else in the universe. These connections reveal a rhyme and reason behind properties of the universe that seemed arbitrary before that relationship was known.

Taleb: Skin in the Game

‘Do not pay attention to what people say, only to what they do, and to how much of their necks they are putting on the line,” says Nassim Nicholas Taleb. This is the guiding principle of his new book, Skin in the Game. 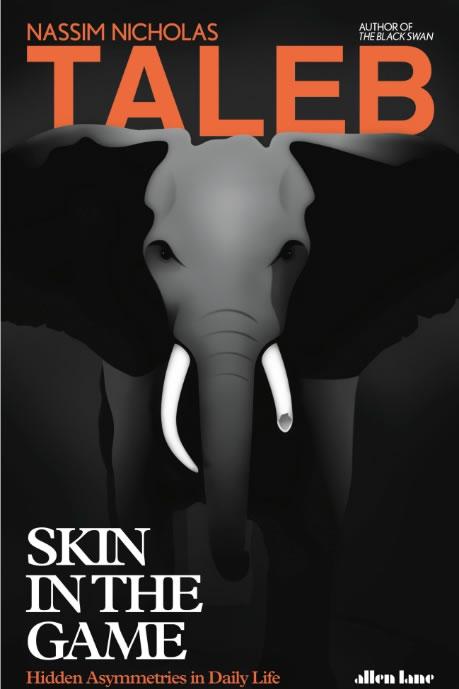 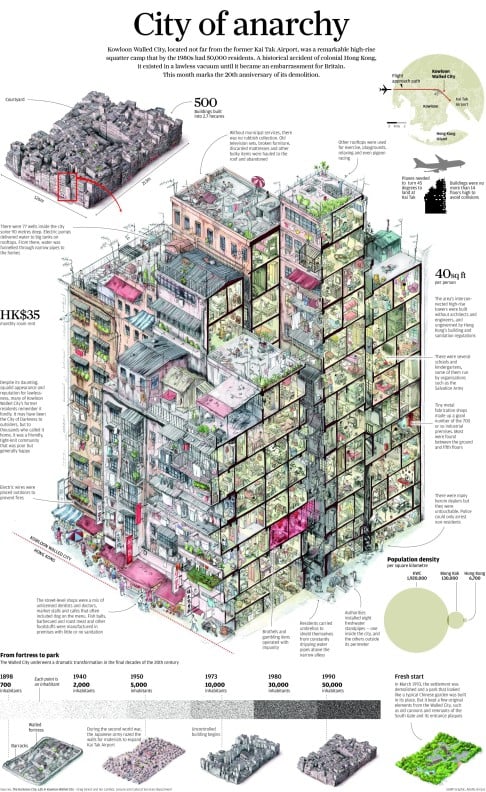 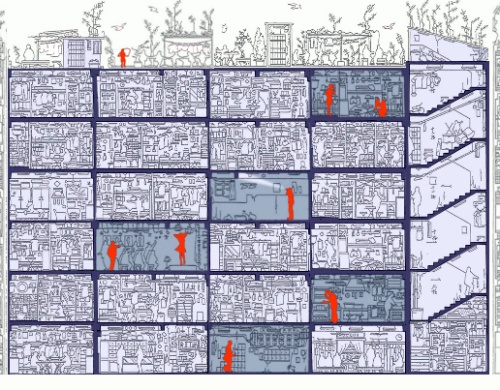 Nature Editors: It contained speculations too remote from reality to be of interest to the reader

Richard Thaler: Toward a Positive Theory of Consumer Choice was rejected by six or seven major journals

Dan Shechtman: It was rejected on the grounds that it will not interest physicists

I have always been interested in twists of words. I think it is something that you can make life amusing with, while also saying quite important things.

Everybody would like to be an innovator, because they believe innovation is what gives them the edge. You need a lot of conditions to be satisfied for innovation. Some are personality driven, in that they depend on individuals. If you notice, the number of major discoveries in Science has remained constant since the 17th century, even though the number of scientists keeps on increasing.

to allow innovation, you cannot have this. You need people to step out and do things that have not been done before. I mean, if you know the answer, why bother to do it at all?

the subject was “The Casino Fund”. The idea was that everybody who gives money for research takes out 1% or 0.5% and puts it into the Casino Fund – and forgets about it. Who manages the Casino Fund? You give it to successful ‘gamblers’ – people like me [laughs] who can hand it out, and people who have a nose for people and projects. And this is with the full expectation that most of the money will ‘disappear’. But when you do this, all the people in the business will say: “Oh no, we can’t have that because how do we ensure payback?” So I said: “Let’s make it 0.1%.”

But even when I tell them to put 0.1% into this “Casino Fund”, they still would not. Even if they think this might lead to the most successful breakthroughs but yet they are not prepared to do it themselves, to put their money where their mouth is!

You can say to these investors – concentrate on the other 99% of the research funds and do not bother with the 1% in the Casino Fund. But then all the academics will say: “We must have peer review.”

Now, peer review is regression to the mean, and the mean is mediocre. If you have peer review alone, it means you are always going to select the conventional, middle of the road activities – you are thus not going to gamble on big ideas and big breakthroughs.

These days when people write a research grant, it has been said that half of their proposed research has already been done, so they somewhat know the answer already when they submit for a research grant application. That is how a lot of people escape the constraints of the grant funding system. But it is very hard on the younger researchers, because they do not have a reserve of data accumulated or capital which they can invest in future results, and so they would stand less chance of being successfully funded. But some of what is going on in this research grantsmanship is absolutely ridiculous.

I think the most important people now who are funding research are the charities, like the Gates Foundation. These organisations also would like to drive innovation, but because they use all the same people in the scientific community, it is more or less going to be conventional. Basically all you have to do is to separate the nutcases from the real research.

at the moment, Singapore goes too much on written records, achievements, and examination results. The big thing about doing Science is motivation. In fact, I think, one really needs to pick the right people to do Science. I feel very strongly, and I have often said so before, that I am very suspicious of people who obtain First Class Honours degrees. They would satisfy me more if they could have gotten a Second Class if they had really tried harder [laughs]!

Because I think motivation to do research is much more important than aiming to get the top grades. Everybody just wants to get top marks these days, and publishing papers in the journals are all about journal impact factors, which is another form of achieving top marks. I think this is nonsense.

When you look for a successful scientist, you go for the truly motivated individual because Science is still a very personal thing.

I think there is now a greater lack of communication between scientists. There are now so many journals and such a large body of scientific literature that we are losing communication between the various scientific fields. People working in one part of their own fields may have no idea what is going on in another’s field. So one of the problems of modern society is actually how to turn data into usable knowledge, because all we have got is plenty of data on everything.

I gave an interview here to the Singapore press and they asked me: “Is there anything else Singapore needs for success?” I said: “Yes, I don’t think the people here are cheeky enough!” And the reporter asked me how we could teach people to be cheeky, which was ridiculous! What I meant by “cheeky” was to question – question authority and question things in a productive way. And you do not get innovation if you are just doing things according to the rules.

I think the American PhD produces, for the average person, an overall much more competent scientist, whereas the British PhD allows people much more freedom to get on with the job of scientific inquiry.

I just think that in Britain it is a different way of doing things and asking questions. People are not so, how shall I say, organised.