Research published online Monday in the Journal of Personality and Social Psychology found that people in higher social classes tend to think they are more adept at certain tasks — even when they are not — than their lower-class peers. And that overconfidence is often seen by others as competence, which can help them in situations like job interviews, the research reveals.

when participants in this study were then asked to do a mock job interview that was videotaped, those in the higher social classes seemed more confident, and the judges watching the video then rated those same people as more competent.

“Individuals with relatively high social class were more overconfident, which in turn was associated with being perceived as more competent and ultimately more hirable, even though, on average, they were no better at the trivia test than their lower-class counterparts,” said lead researcher Peter Belmi, of the University of Virginia.

… There are many ways to feel confident —  <and> can make us feel good about ourselves. 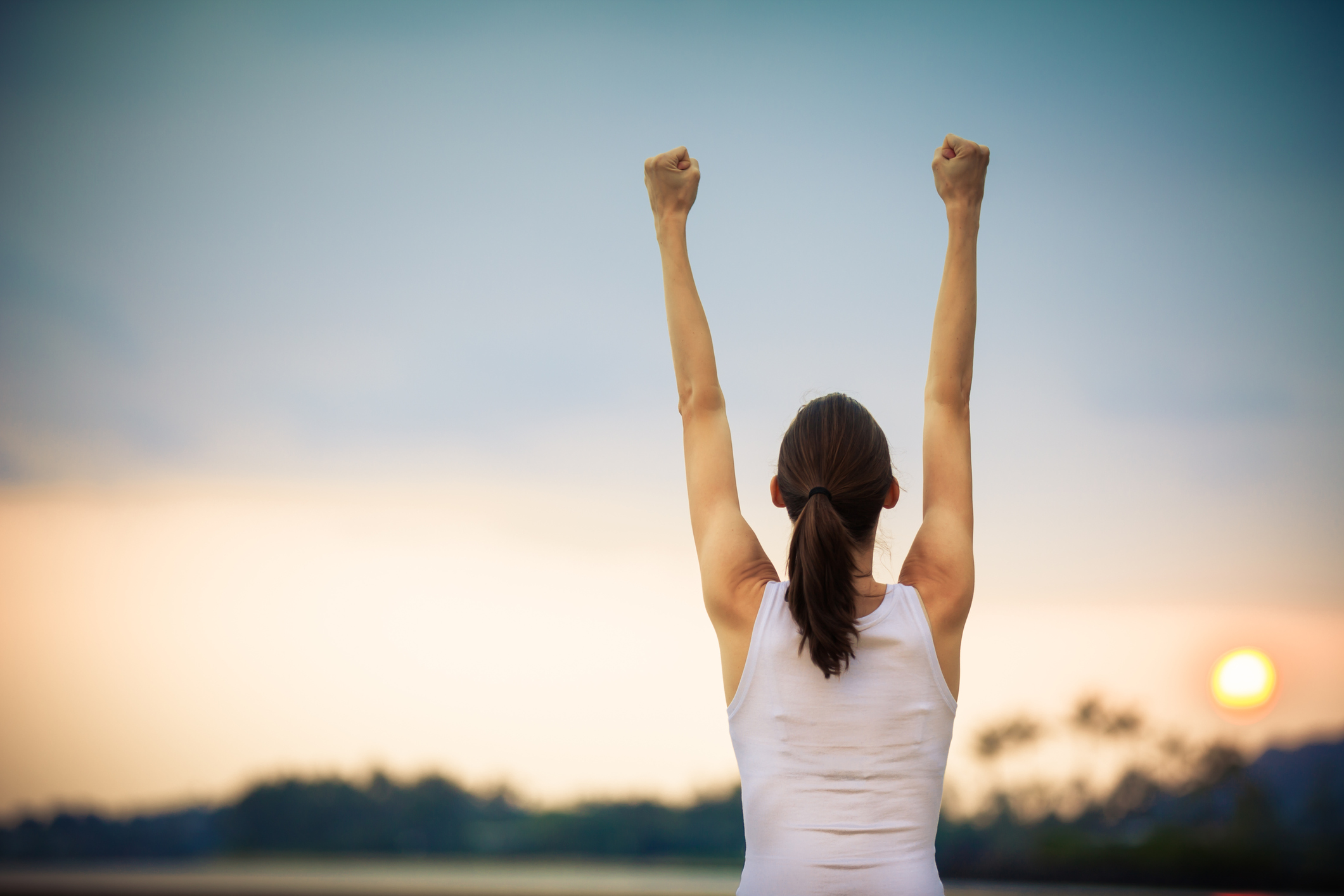 the way you live your life—the extent to which you intelligent prepare—makes a huge difference.

If what you are working on is not important and aligned with your goals—and a lot of what you do and say isn’t—then why are you doing it? The question you need to ask yourself if “why are you not working on and thinking about the important problems in your area?” How can we expect to achieve great things if we are not working on the right problems?

2. You need to be willing to look like an idiot. Think of this as confidence meets courage.

3. You need to strive for excellence.

4. The conditions you think you want are rarely the ones that help you produce your best work. You need the feedback of reality in order to keep your feet planted on the ground.

5. Work with your door open.

6. People who do great things typically have a great drive to do things.

7. People who do great things tolerate ambiguity — they can both believe and not believe at the same time. 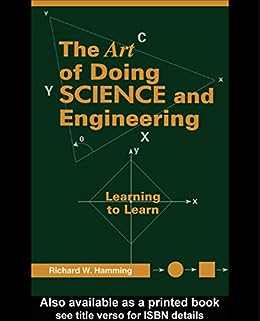 The Merits of “Meritocracy”

as historian Joseph F. Kett has shown, in a fascinating and subtle study of merit’s travails through three centuries of American history, there are at least two strikingly different ways in which merit has been understood in that history.4 The founding generation itself thought in terms of what Kett calls “essential merit,” by which he means merit that rests on specific and visible achievements by an individual that were thought, in turn, to reflect that individual’s estimable character, quite apart from his social “rank.” “Merit” was that quality in the person that propelled the achievements, his “essential character.” Those who did the achieving were known as “men of merit,”

over time, a different way of understanding merit began to emerge, an ideal Kett calls “institutional merit.” Rather than focusing on questions of character, this new form of merit concerned itself with the acquisition of specialized knowledge, the kind that is susceptible of being taught in schools, tested in written examinations, and certified by expert-staffed credentialing bodies.

We would do well to leave room for the Lincolns among us—especially if they are as raw and uncredentialed as the man who would become our sixteenth president was. Think of his great speech at the dedication of the cemetery in Gettysburg in November 1863.

As many know, there were two notable speeches that day. The first, and the longest and most learned and most florid, was given by the supremely well-pedigreed Edward Everett, former president of Harvard—and the first American to receive a German PhD. But it was the self-educated frontiersman president who gave the speech whose accents ring down through the ages. Perhaps there is a pattern here to learn from.

Two things are essential for success in research: the freedom to do blue-skies research, and embracing both luck and failure, said Sir Richard Roberts, who was awarded the 1993 Nobel Prize in Physiology or Medicine with Phillip Allen Sharp for the discovery of introns in eukaryotic DNA and the mechanism of gene-splicing.

He said that blue–skies research is valuable, because that’s where major breakthroughs come from. It allows scientists to ask fundamental questions about the nature of the world, without necessarily thinking of an immediate application of their findings.
“All the big advances in science don’t come from translational medicine from day one,” said Sir Roberts.
“Luck is incredibly important, but a lot of us feel guilty when it strikes. You have to make the most of it when a lucky break comes along,” said Sir Roberts.
He said, “I’ve learned to love failure. When you fail, you actually learn. If an experiment gives you results you didn’t expect, nature is telling you something.”

Deep work is the ability to focus without distraction on a cognitively demanding task. It’s a skill that allows you to quickly master complicated information and produce better results in less time. Deep work will make you better at what you do and provide the sense of true fulfillment that comes from craftsmanship.

Newport defines deep work as “professional activities performed in a state of distraction-free concentration that push your cognitive capabilities to their limit, [which then] create new value, improve your skill, and are hard to duplicate.”

Newport also quotes Isaacson’s 2014 book “The Innovators” to bolster his point. “The one trait that differentiated [Gates from Allen] was focus,” Isaacson writes. “Allen’s mind would flit between many ideas and passions, but Gates was a serial obsessor.”

A dedication to deep work requires setting aside stretches of time each week (of say an hour or two) when you work with urgency and your concentration is not disrupted by anything, not even a brief moment of daydreaming or getting up for a cup of coffee.

It’s about being constantly aware of what work is considered “shallow” and what is “deep,” and ensuring that shallow work doesn’t overtake your schedule.

“A commitment to deep work is not a moral stance and it’s not a philosophical statement — it is instead a pragmatic recognition that the ability to concentrate is a skill that gets valuable things done,” Newport writes. “Deep work is important, in other words, not because distraction is evil, but because it enabled Bill Gates to start a billion-dollar industry in less than a semester.”

The Next American Dream

New business start-ups are the lifeblood of the American economy, now more than ever. Even in normal times, small business is where most of the new jobs come from. It’s small businesses that revitalize neighborhoods, give poor people a chance to get ahead. And ultimately, it’s some of the small businesses of today that will become the innovative big firms of tomorrow.

Millennials and their successors are going to have to create the jobs they want rather than hoping that corporate and government bureaucracies will provide them with lifelong careers.

We are now in what appears to be yet another transitional era. The old system works less and less well, but, as in the 1880s and 1890s, we aren’t yet sure what the new version of the Dream will be like.Over time, we will start to get a clearer vision of what a prosperous information based economy will look like, but one thing is already clear: version 3.0 of the American Dream is going to depend much more on small business.

“Mediocre V.C.s want to see that your company has traction,” Doshi told me. “The top V.C.s want you to show them you can invent the future.”

Venture capitalists with a knack for the 1,000x know that true innovations don’t follow a pattern. The future is always stranger than we expect: mobile phones and the Internet, not flying cars.

Doug Leone, one of the leaders of Sequoia Capital, by consensus Silicon Valley’s top firm, said, “The biggest outcomes come when you break your previous mental model. The black-swan events of the past forty years—the PC, the router, the Internet, the iPhone—nobody had theses around those. So what’s useful to us is having Dumbo ears.”*

The key to investing, Andreessen contends, is to be aggressive and to fight your instinct to pattern-match. “Breakthrough ideas look crazy, nuts,” he said.

It’s fine to have a lousy record of predicting the future, most of the time, as long as when you’re right you’re really right. Between 2004 and 2013, a mere 0.4 per cent of all venture investments returned at least 50x. The real mistakes aren’t the errors of commission, the companies that crash—all you can lose is your investment—but those of omission.