why has the trade war transformed into a tech war?

The simple reason is that China could overtake the US as a major economic power by 2030. The US has been unconsciously fueling China’s ascension as a rising superpower by supplying high-tech semiconductor chips to Chinese companies. But recent actions by the Trump administration have limited the flow of chips to China, to slow their development in artificial intelligence (AI) and global domination.

A new report from the Global AI Index, first reported by South China Morning Post, indicates that China could overtake the US in AI by 2025 to 2030.

The index specifies that based on talent, infrastructure, operating environment, research, development, government strategy, and commercial ventures, China will likely dominate the US in the AI space in the next decade.

The tech war between both countries, to get more specific, has also blossomed into a global AI race, the report said. 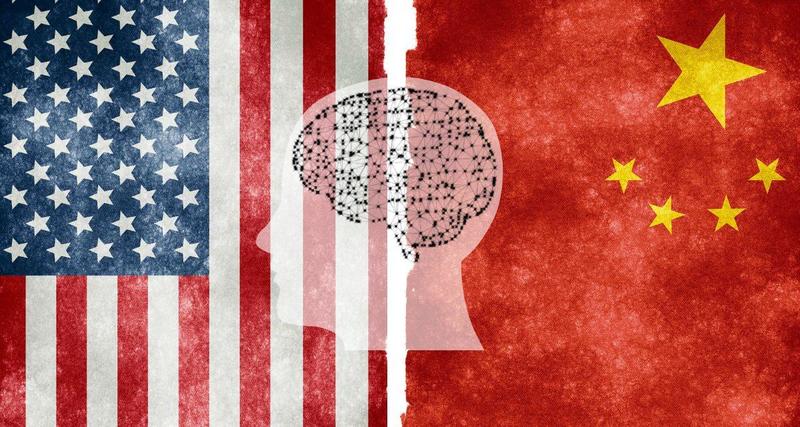 By 2030, Washington is forecasted to have earmarked $35 billion for AI development, with the Chinese government allocating at least $22 billion over the same period.

China’s leadership, including President Xi Jinping, has specified that AI will be essential for its global military force and economic power competition against the US.

In a recent speech, Xi said that China must “ensure that our country marches in the front ranks where it comes to theoretical research in this important area of AI, and occupies the high ground in critical and AI core technologies.” 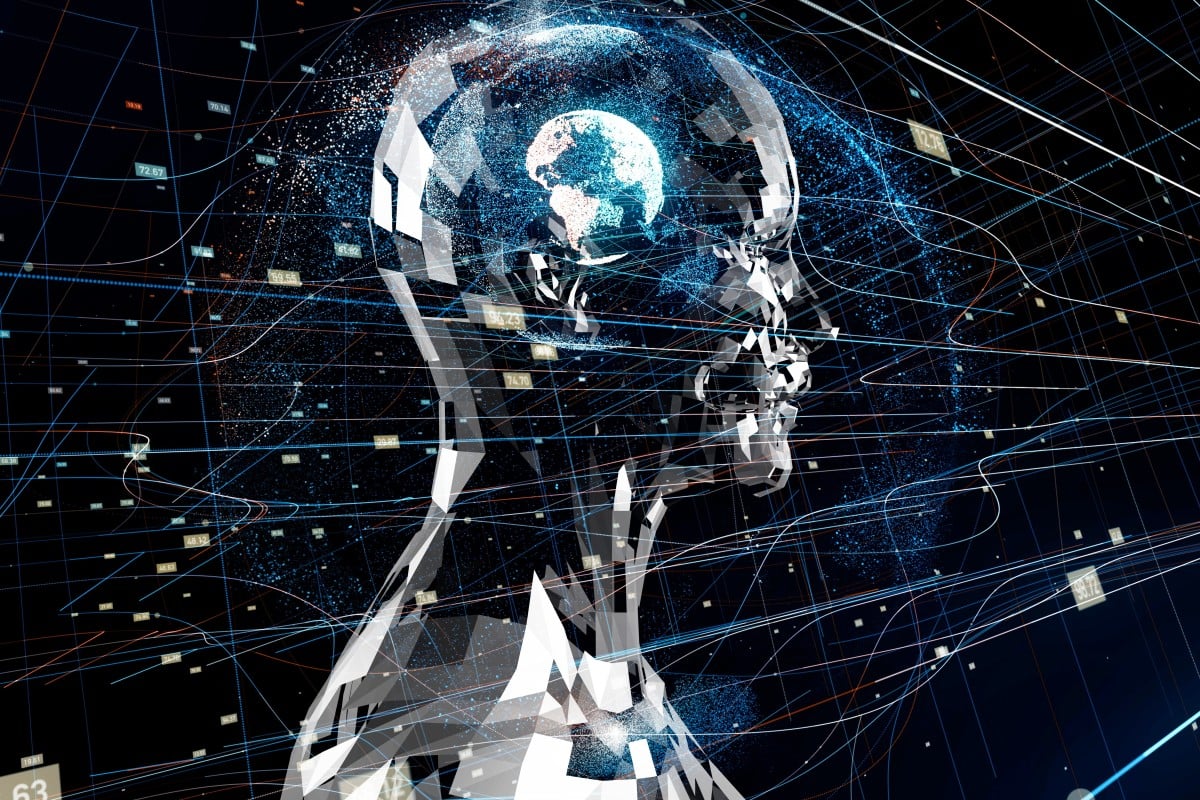 The US is the undisputed leader in artificial intelligence (AI) development while China is the fastest-growing country set to overtake the US in five to 10 years on its current trajectory, according to The Global AI Index published this week by Tortoise Intelligence.

The US was ahead on the majority of key metrics by a significant margin. It received a score of 100, almost twice as high as second-placed China with 58.3, due to the quality of its research, talent and private funding. The UK, Canada and Germany ranked 3rd, 4th and 5th respectively.

the mean score on the three parts of the test — reading, math, and science — for U.S. Asians was 549, which would make them the third highest scoring place in the world, behind only the utopian city-state of Singapore and four rich cities in mainland China. (Scores are on an SAT-like 200 to 800 scale with 500 supposed to be the rich, or OECD, country mean, although the OECD mean was 488.)

This year, Pisa focused on a key skill–handling abstract concepts and discerning facts from opinions in what they read–because, thanks to ready access to information, reading is more about building knowledge, thinking critically and making well-founded judgments than extracting information.

An average of 8.7 percent of the world’s youngsters scored better than 84 percent in this critical skill, compared to twenty-six percent of Singaporean children, twenty-two percent of Chinese, 13.5 percent in the US, 11.5 percent in Britain and 14.3 per cent in Finland.

Around 16.5% of students in Beijing, Shanghai, Jiangsu and Zhejiang and 13.8% of students in Singapore scored at Level 6 in mathematics, the highest level of proficiency that PISA describes. These students are capable of advanced mathematical thinking and reasoning. On average across OECD countries, only 2.4% of students scored at this level.

Over the last 50 years in developed countries, evidence has accumulated that only about 10% of school achievement can be attributed to schools and teachers while the remaining 90% is due to characteristics associated with students.

Teachers account for from 1% to 7% of total variance at every level of education. For students, intelligence accounts for much of the 90% of variance associated with learning gains.

The largest effect of schooling in the developing world is 40% of variance, and that includes “schooling” where children attend school inconsistently, and staff likewise.

I further argue that the majority of the variance in educational outcomes is associated with students, probably as much as 90% in developed economies.

A substantial portion of this 90%, somewhere between 50% and 80% is due to differences in general cognitive ability or intelligence. Most importantly, as long as educational research fails to focus on students’ characteristics we will never understand education or be able to improve it.

This week, the school announced the launch of the MIT Intelligence Quest, an initiative aimed at leveraging its AI research into something it believes could be game-changing for the category. The school has divided its plan into two distinct categories: “The Core” and “The Bridge.”

“The Core is basically reverse-engineering human intelligence,” dean of the MIT School of Engineering Anantha Chandrakasan tells TechCrunch, “which will give us new insights into developing tools and algorithms, which we can apply to different disciplines. And at the same time, these new computer science techniques can help us with the understanding of the human brain. It’s very tightly linked between cognitive science, near science and computer science.”

The Bridge, meanwhile, is designed to provide access to AI and ML tools across its various disciplines. That includes research from both MIT and other schools, made available to students and staff.

“Many of the products are moonshoots,” explains James DiCarlo, head of the Department of Brain and Cognitive Sciences. “They involve teams of scientists and engineers working together. It’s essentially a new model and we need folks and resources behind that.”

Funding for the initiative will be provided by a combination of philanthropic donations and partnerships with corporations. But while the school has had blanket partnerships in the past, including, notably, the MIT-IBM Watson AI Lab, the goal here is not to become beholden to any single company. Ideally the school will be able to work alongside a broad range of companies to achieve its large-scale goals.

“Imagine if we can build machine intelligence that grows the way a human does,” adds professor of Cognitive Science and Computation, Josh Tenenbaum. “That starts like a baby and learns like a child. That’s the oldest idea in AI and it’s probably the best idea… But this is a thing we can only take on seriously now and only by combining the science and engineering of intelligence.”

Spatial Ability is (ONLY!) Partially Explained by Intelligence

different spatial tests are all basically testing the same underlying ability—and that this ability is only partly explained by general intelligence. This means that spatial ability is, to some extent, independent: you can have better (or worse) spatial ability than your general intelligence might suggest. The results also suggest that about a third of the differences in people’s spatial scores can be explained by genetics.

A team of researchers led by Kaili Rimfeld of King’s College London studied more than 1,300 pairs of twins to figure out to what extent genes contribute to spatial ability.

But first, they had to figure out which aspect of spacial reasoning to test them on. The researchers scoured the scientific literature to find all the different tests that had been used to assess spatial ability and ran pilot studies using them. They took out any tests that were too easy or difficult and any tests where the same people scored inconsistent results when taking the same test twice. The team also looked at the similarity of people’s scores in different tests—if the scores were very similar, they took out the redundant tests. By doing this, they boiled spatial ability down to 10 core tests.

Comparing the results of the identical and fraternal twin pairs found that 69 percent of the differences in spatial test results could be explained by genetic similarity. Of the remainder, the majority—23 percent—was explained by individual experience.

That only leaves a small bit of ability to be explained by the environment that the twins shared. The researchers emphasize that these estimates are unique to this population: in a less equal environment than the UK, genes might explain less of the difference.

What are His Academic Credentials? Perhaps MIT, Stanford?

Source: LinkedIn, date indeterminate
<answer is at the source>