Scenes from a Chinatown parade …

Send Your Name to Mars!

Facing Adversity as a Cow: Guernsey or a Brahman?

Persistence in the face of defeat often makes the difference in outcome.

Ask any farmer, and they will tell you that orphaned Guernsey calves die. It’s not the fact that they die, so much as how it happens, that stays in the mind. An orphaned calf soon gets so hungry she picks a new mother from the herd. The cow promptly kicks the strange calf away. After all, she didn’t give birth to the calf—why should she feed it? The Guernsey calf gives up, lies down, and slowly starves to death.

The orphaned Brahman calf gets a different result. The same scenario plays out, with the calf being kicked out by the reluctant mother. However, in this case, the naturally persistent calf keeps coming, until the potential new mother acquiesces out of exhaustion. As a result of this persistence, the calf survives.

Persistence is hard. It’s hard to get kicked in the face and to keep going. It hits at your self-esteem. You begin to wonder if you have value. You begin to think you might be crazy.

The mismatch between soccer balls, saddles and sheets of paper lies in their “intrinsic” curvature, a property of surfaces known to mathematicians for centuries that no amount of folding can change. Scientists have sought a bridge across the divide — a systematic way of imbuing flat surfaces with curvature, which they say could revolutionize the design and assembly of three-dimensional structures and help extend a major theorem of geometry.

Reporting their work in December in Physical Review Letters, the physicists present a basic set of rules for cutting and reconnecting a piece of paper in order to add curvature to one point in its surface while subtracting it from another, maintaining the paper’s overall flatness while forcing it to bend into the third dimension.

“It’s a way of encoding three-dimensionality in a two-dimensional structure,” said Randall Kamien, a professor of physics at Penn who heads the research group behind the result. “The whole thing will just pop up all by itself.” 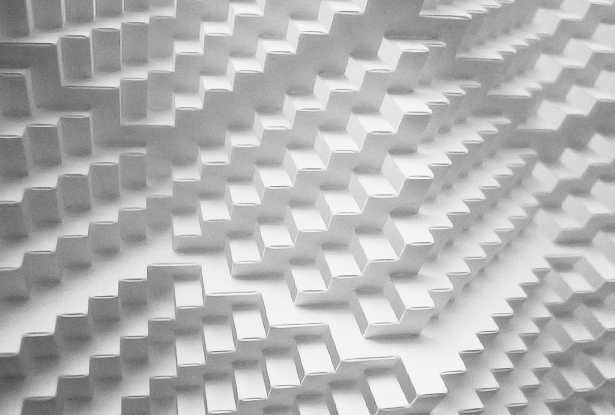 The new work essentially provides a rule book for a restricted version of kirigami, a less famous cousin of origami, the ancient Japanese art of paper folding. Origami approximates curved surfaces through folding, which changes paper’s “extrinsic” curvature in space. But through a combination of folds and cuts, kirigami artists produce Escheresque stairways, domed cathedrals and undulating water waves by embedding curvature directly into paper. Kamien and his team have shown that even their restricted kirigami, in which cuts and folds must preserve the spacing of a honeycomb lattice on the paper’s surface, allows the construction of a virtually unlimited range of 3-D structures.

The rule book turns kirigami into a new and efficient approach for designing 3-D structures, researchers said. Whereas building objects with origami requires intricate folding, construction in kirigami is simply a matter of closing the holes that have been pre-cut in paper or any other flat material. “Just by printing holes onto something, you control how you pop it up,” Santangelo said. 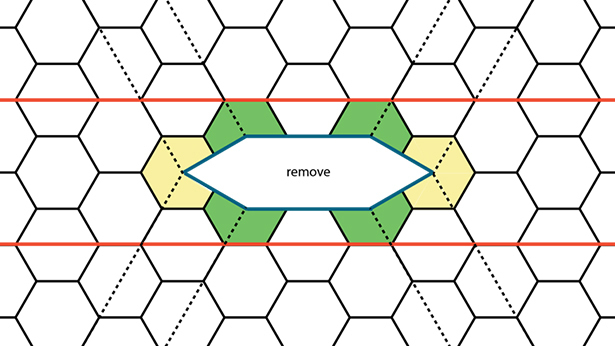 The researchers did find that a gap existed:

The gap of $0.89 in our setting, which is 60% of the earnings gap across the United States.

But, the gap can be explained entirely by the fact that, while having the same choice sets in the workplace, women and men make different choices.

Women use the Family Medical Leave Act (FMLA) to take more unpaid timeoff than men and they work fewer overtime hours at 1.5 times the wage rate. At the root of these different choices is the fact that women value time and flexibility more than men.

Men and women choose to work similar hours of overtime when it is scheduled a quarter in advance,but men work nearly twice as many overtime hours than women when they are scheduled the day before. Using W-4 filings to ascertain marital status and the presence of dependents, we show that women with dependents – especially single women – value time away from work more than men with dependents.

even when men and women have the same job title and the same job description, the work they do is not homogenous. A worker who works at odd hours (and thus makes more overtime pay because of it) simply isn’t doing the same work as a person who requires extremely regular hours. Similarly, a worker who requires sizable chunks of time off every several years (for maternity leave or childcare needs) is also not doing the same work as a worker who rarely takes time off.

If one of the workers is available nearly all the time, but the other one has a far more inflexible schedule, don’t have the same job when it comes to actual executions of duties. 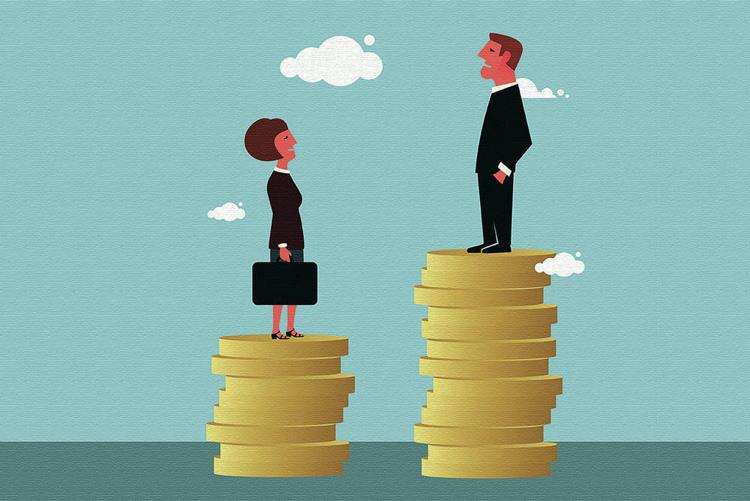 Posted on December 31, 2018 in Uncategorized