My work has argued that nations that are open to risk-taking, trial-and-error experimentation, and technological dynamism (i.e., “permissionless innovation”) are more likely to enjoy sustained economic growth and prosperity than those rooted in precautionary principle thinking and policies (i.e., prior restraints on innovative activities).

Collison and Cowen suggest that “there can be ecosystems that are better at generating progress than others, perhaps by orders of magnitude. But what do they have in common? Just how productive can a cultural ecosystem be?” Beyond gaining a better understanding of how innovation ecosystems work, they also want to nurture them. “Can we deliberately engineer the conditions most hospitable to this kind of advancement or effectively tweak the systems that surround us today?” they ask.

Mokyr has argued that technological innovation and economic progress can be viewed as “a fragile and vulnerable plant, whose flourishing is not only dependent on the appropriate surroundings and climate, but whose life is almost always short. It is highly sensitive to the social and economic environment and can easily be arrested by relatively small external changes.” McCloskey’s work has shown that cultural attitudes, social norms, and political pronouncements have had a profound and underappreciated influence on opportunities for entrepreneurialism, innovation, and long-term economic growth 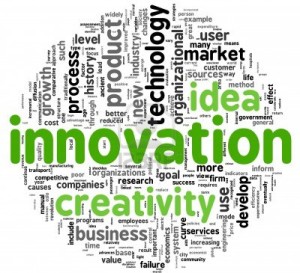 Many scholars have surveyed the elements that contribute to a successful innovation culture and their lists typically include:

In economics, the University of Chicago holds the top spot with 32 laureates, followed by Harvard (30), MIT (28), Stanford (25), Berkeley (23), Yale (21), and Princeton (19). In terms of the graduate department awarding the PhD degree to economics Nobel laureates, about half have come from only five universities: MIT (11), Harvard (10), Chicago (9), Carnegie Mellon (4) and the London School of Economics (4). Six other universities have produced two each.

Robert Solow (Nobel 1987) published (in 1956) a formal model of economic growth in which the output to capital ratio was not fixed, and the growth rate of population (and consequently the labor force) drove economic growth. Technological progress entered the process via a specified steady rate of productivity growth. His first order differential equation explaining the rate of economic growth appealed to the mathematical formalism of economists (and has lasted as a staple for more than 50 years) because it is founded on notions essential to popular classical economic theories.

The offshoot of the digital coin, known as Bitcoin Cash, is barely being used in commerce, according to blockchain analytics firm Chainalysis. A review of payments received by the world’s 17 largest crypto merchant processing services, such as BitPay, Coinify and GoCoin, found that Bitcoin Cash payments slumped to $3.7 million in May from a high of $10.5 million in March. Bitcoin payments totaled $60 million in May, down from a peak of $412 million in September.

Adoption in commerce has been low, partly the result of concentrated ownership, Grauer said. About 56 percent of Bitcoin Cash is controlled by 67 wallets not located on exchanges, according to Chainalysis. Of those, two wallets hold between 10,000 and 100,000 Bitcoin Cash. And chances are, the wealthiest holders are the ones sending a lot of the traffic to merchant services, Grauer said.

Selgin’s call for a Productivity Norm, a nominal income target for central banks that would result in inflation moving inversely with expected productivity growth. That is, he would have central banks stabilize aggregate demand growth but allow more price level flexibility based on technological advances. Along the way we cover the difference between benign and malign deflation and look, examine some of the historical cases of deflation, and discuss the recent productivity surge of the late 1990s and early 2000s.

The Taylor rule is a standard guideline that central banks, such as the Federal Reserve (Fed), use for setting monetary policy. In its most basic form, a Taylor rule stipulates that central banks should set their interest rates in response to changes in inflation and in the output gap, which is the difference between actual and potential real gross domestic product (GDP). However, central banks continually face the problem of accurately forecasting these variables in real time.

In a new study for the Mercatus Center at George Mason University, Mercatus Senior Research Fellow David Beckworth and Joshua R. Hendrickson, assistant professor of economics at the University of Mississippi, demonstrate how a nominal GDP targeting rule is superior to a Taylor rule. A nominal GDP targeting rule targets the sum of all spending in an economy and would require less real-time knowledge on the part of policymakers than a Taylor rule, meaning it would be less prone to forecasting errors and would produce less economic volatility.

A nominal income target or nominal GDP target is a rule that targets the level or growth of nominal spending in the economy. Unlike a Taylor rule, which requires knowledge of inflation, actual output, and potential output, a nominal GDP target requires knowledge only of overall spending. While targeting nominal GDP growth might be subject to measurement error, it likely minimizes the significance of this measurement error in real time.

A nominal GDP target is superior to a Taylor rule because

A nominal GDP target overcomes the knowledge problem better than the Taylor rule does and is therefore more likely to smooth out business cycles and mitigate economic booms and busts.

US Productivity Peaked in 1970

In the late 1950s Solow formulated a theory of economic growth that emphasized the importance of technology. He stated that technology-broadly defined as the application of new knowledge to the production process-is chiefly responsible for expanding an economy over the long term, even more so than increases in capital or labor. And since basic and applied research is often the prelude to the birth of new technologies, the work of researchers has increasingly been perceived to have economic-not merely intellectual and cultural-significance.

But most remarkable, and startling even to the discoverer, was the finding, reported in the 1957 article (’‘Technical change and the aggregate production function’ ‘), that seven-eighths of the doubling in gross output per hour of work in the US economy between 1909 and 1949 was due to’ ‘technical change in the broadest sense” (which includes improvements in education of the labor force). Only one-eighth was due to increased injections of capital.

Karl-Goran Maler, Stockholm School of Economics, Sweden, a member of the Nobel committee, noted, ‘‘Solow showed us that in the long run it is not increase in quantity that is important. It is the increase in quality through better technology and increased efficiency.