Luxury Beliefs – the latest Status Symbols for the Upper-Class

In the past, upper-class Americans used to display their social status with luxury goods. Today, they do it with luxury beliefs.

People care a lot about social status. In fact, research indicates that respect and admiration from our peers are even more important than money for our sense of well-being.

We feel pressure to display our status in new ways. This is why fashionable clothing always changes. But as trendy clothes and other products become more accessible and affordable, there is increasingly less status attached to luxury goods.

The upper classes have found a clever solution to this problem: luxury beliefs. These are ideas and opinions that confer status on the rich at very little cost, while taking a toll on the lower class.

This luxury belief contributed to the erosion of the family. Today, the marriage rates of affluent Americans are nearly the same as they were in the 1960s. But working-class people are far less likely to get married. Furthermore, out-of-wedlock birthrates are more than 10 times higher than they were in 1960, mostly among the poor and working class. Affluent people seldom have kids out of wedlock but are more likely than others to express the luxury belief that doing so is of no consequence.

White privilege is the luxury belief that took me the longest to understand, because I grew up around poor whites. Often members of the upper-class claim that racial disparities stem from inherent advantages held by whites. Yet Asian Americans are more educated, have higher earnings and live longer than whites. Affluent whites are the most enthusiastic about the idea of white privilege, yet they are the least likely to incur any costs for promoting that belief. Rather, they raise their social standing by talking about their privilege.

In other words, upper-class whites gain status by talking about their high status. When laws are enacted to combat white privilege, it won’t be the privileged whites who are harmed. Poor whites will bear the brunt.

… like with diamond rings or designer clothes of old, upper-class people don a luxury belief to separate themselves from the lower class. These beliefs, in turn, produce real, tangible consequences for disadvantaged people, further widening the divide. Just as fashionable clothing will soon be outdated, so will today’s fashionable beliefs. In the future, expect the upper class to defame even more values — including ones they hold dear — in their quest to gain top-dog status.

The economist and social theorist Thomas Sowell once said that activism is “a way for useless people to feel important, even if the consequences of their activism are counterproductive for those they claim to be helping and damaging to the fabric of society as a whole.” 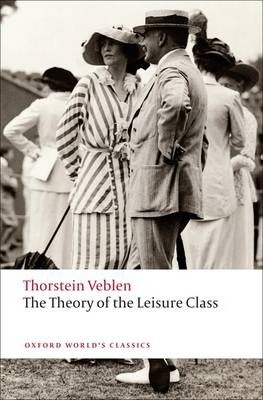 This entry was posted in Growth, Happiness. Bookmark the permalink.