Tao began by setting out some sensible strategies for problem-solving, including these: Understand the problem, understand the data, understand the objective, select good notation, and write down everything you know. He also hoped for something less rote. “A solution,” Tao proposed, “should be relatively short, understandable, and hopefully have a touch of elegance. It should be fun to discover.”

Tao wrote Solving Mathematical Problems in 1990, when he was 15 years old. 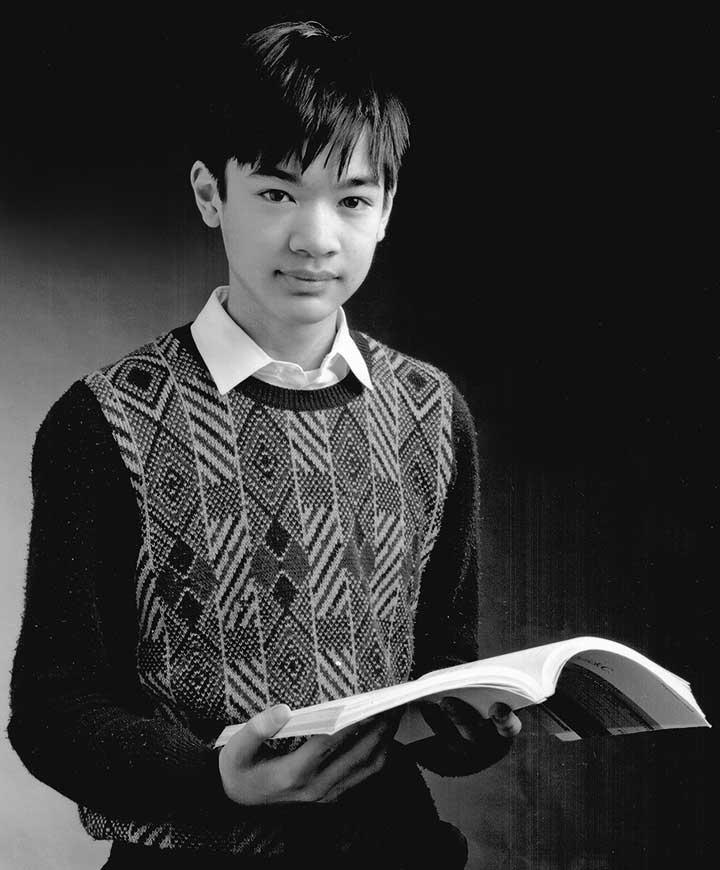 The process of problem-solving, he emphasizes, is “non-linear.” In the end, though, is mathematics — is the universe — orderly or random? Tao warms to the question.

“It depends on where you look,” he says. “At the extremely microscopic level, the laws of nature are ordered. Particles and quantum waves obey very rigid waves of mechanics. But as you go to more complicated objects, molecules and living creatures, then it becomes more chaotic and unpredictable.

“There’s this weird mathematical phenomenon called universality. You get very complicated systems, of atoms or people, but if you look at it at a large-enough scale, order starts emerging. Einstein once said that the most incomprehensible thing about the universe is that it is comprehensible. It is very complicated, but at certain levels, patterns appear again.

“So there is order — sometimes — but there is also chaos.”