If you have two flat paper shapes and a pair of scissors, can you cut up one shape and rearrange it as the other? If you can, the shapes are “scissors congruent.”

But, mathematicians wonder, can you tell if two shapes share this relationship even without using scissors? In other words, are there characteristics of each shape you could measure ahead of time to determine whether they’re scissors congruent?

For two-dimensional shapes, the answer is easy: Just determine their areas. If they’re the same, the shapes are scissors congruent. 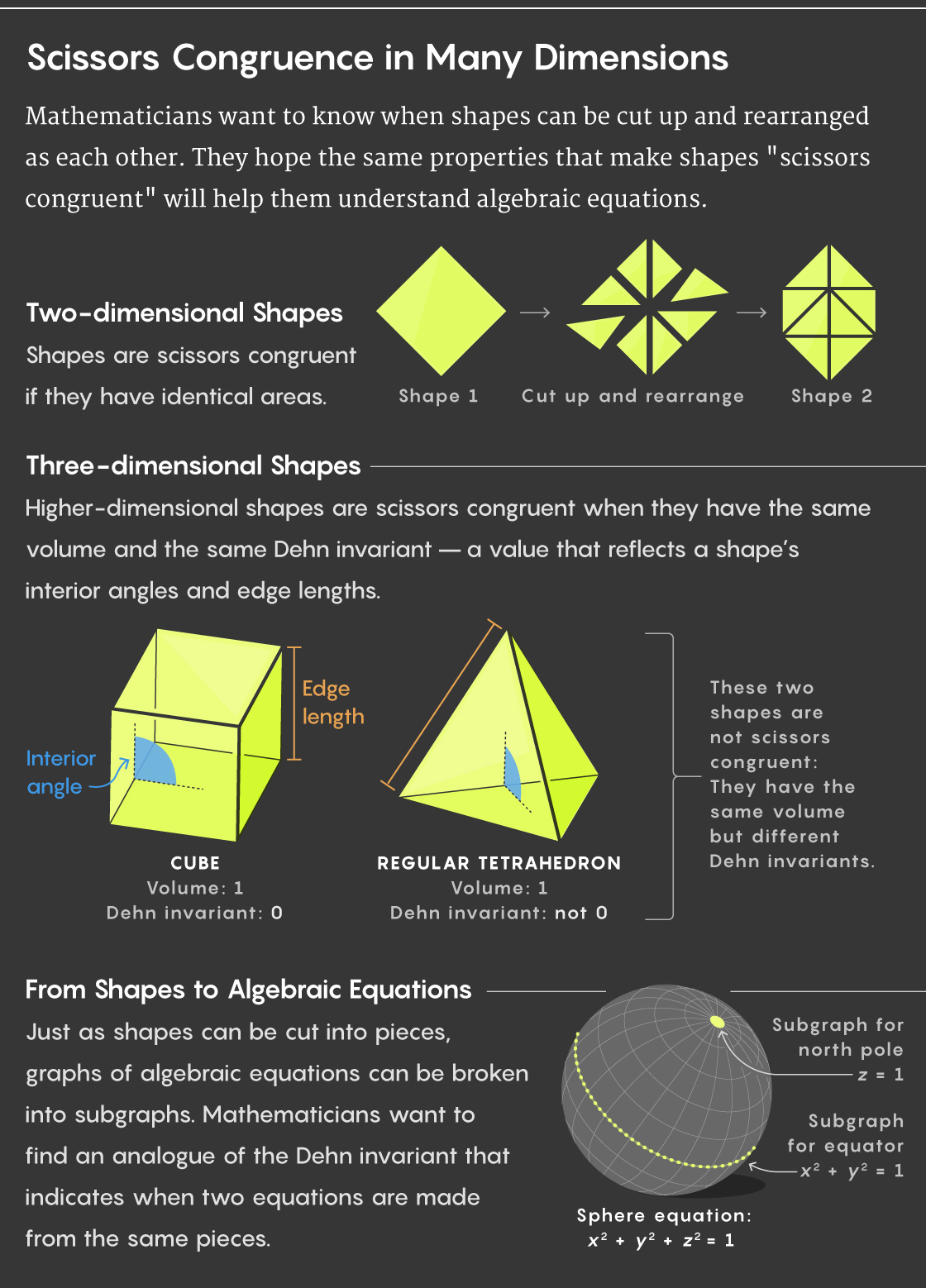