Topology is a branch of mathematics that describes properties of objects.

While most people are familiar with objects in three dimensions, the Nobel laureates analyzed materials so thin they have only two dimensions, or even one.

For example, Kosterlitz and Thouless showed that, against expectations, two-dimensional materials could conduct electricity without any loss to resistance. That property is called superconductivity.

Kosterlitz said he was in his 20s at the time and that his “complete ignorance” was an advantage in challenging the established science.

“I didn’t have any preconceived ideas,” he said. “I was young and stupid enough to take it on.”

Their analysis relied on topology, which is the mathematical study of properties that don’t change when objects are distorted. A doughnut and a coffee cup are equivalent topologically because they each have exactly one hole. In topology, properties change only in whole steps; you can’t have half a hole. 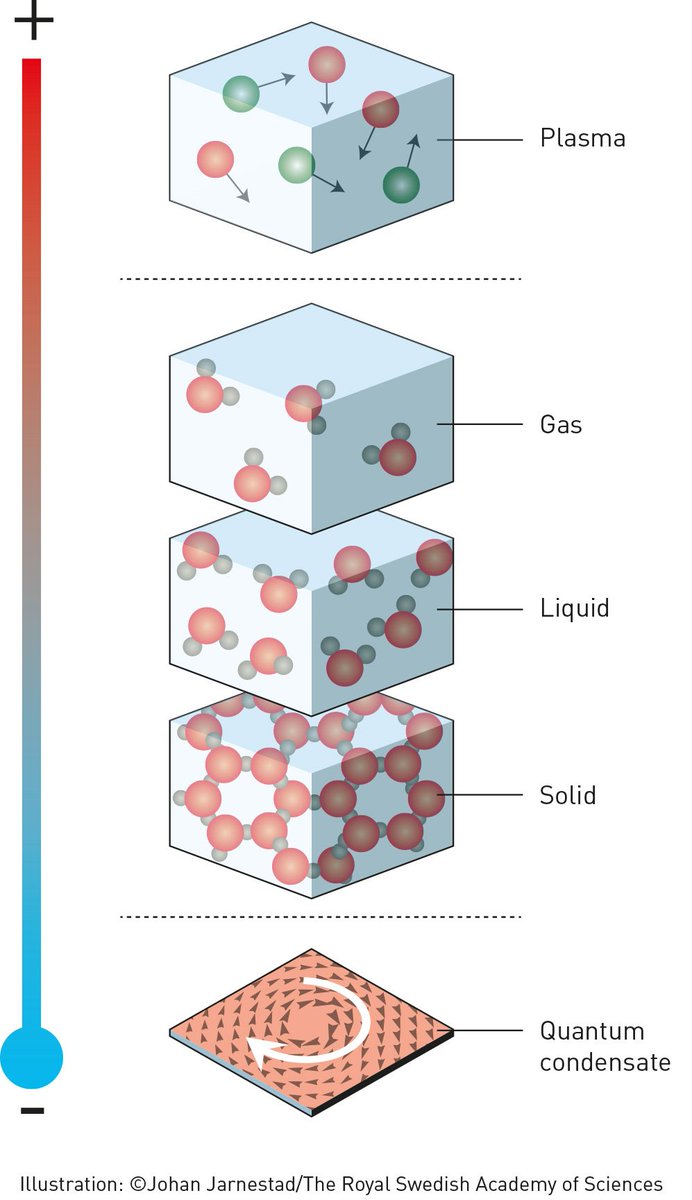 Prof Kosterlitz heard the news of his win in an underground car park in Helsinki, Finland, where he is currently a visiting professor at Aalto University. Answering a call from Adam Smith, a journalist working for the Nobel Foundation, his first words were: “Jesus. That’s incredible. That’s amazing.”

Later he told the the Associated Press news agency that he was “young and stupid” when he took part in the research that earned him and two colleagues the prestigious award. “It was a piece of work that I did as a very ignorant post-doc. Complete ignorance was actually an advantage because I didn’t have any preconceived ideas. I was young and stupid enough to take it on.  “I’m a little bit dazzled. I’m still trying to take it in.”

This entry was posted in Nobel. Bookmark the permalink.